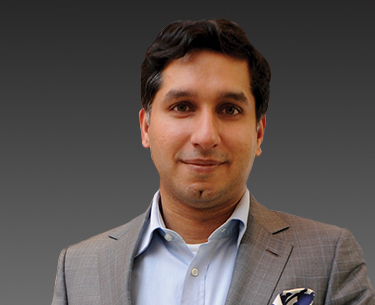 Akshay Munjal is the founder of BML Munjal University. From conceptualization of the University in 2011 to admitting the first set of students in 2014, and the current operations have been under his guidance. Currently, there are over 1600 students in various disciplines including PhD. He has been instrumental in raising funds for the University, has formed 7 academic partnerships and 150+ corporate tie-ups from around the world. He set out to create an experiential learning-based University to help the new generation be gainfully employed. The University has been recognised as one of the most upcoming emerging Universities in India, with the potential to revolutionise the sector. It was also dedicated to the nation in July 2017 by the then President of India, Shri Pranab Mukherjee. The University has already published 150+ research papers and is filing 30+ patents this year.

Prior to the University, Akshay helped turn around the operations of Hero Mindmine, a professional skills development Institute. It is here while evaluating and restructuring the training and development programs, Akshay came across the challenges faced by students in the higher education sector. With the aim of bringing about a change and giving back to the society, Akshay laid the foundation of the University.

Akshay began his professional life with Accenture in New Delhi. He was part of the team that designed IT infrastructure for Delhi Metro. Akshay feels proud to have witnessed the flagging-off of Delhi’s first Metro train. From equity research at Merrill Lynch, New York, to evaluating effectiveness of incentive schemes for business partners at American Honda Motors, Los Angeles, to making the funding-endowment process at the United Nations Development Programme (UNDP) more effective, Akshay has tried to gain varied experience in different domains.

Akshay considers the late Dr. Brijmohan Lall Munjal, the founder of the Hero Group of companies, as the biggest influence on his personal and professional life. Dr. Munjal’s success mantra – ‘Focus on the basics, everything will take care of itself’ – remains Akshay’s guiding principle.

Akshay holds an MBA from Pepperdine University, USA and a B.Sc. (Hons.) degree in Management from the University of Bradford, UK. He has been a Tennis player for over two decades and follows the sport passionately. One of his personal goals is to participate in the competitive Tennis tournaments. A marathon runner, Akshay has participated in over half a dozen marathons.