Happiness is the Key to Success

Many things puzzle me about your generation-your ability to multitask (assuming Instagram is a task) in the classroom while the lecture is going on or your ability to read Kesavananda Bharati on your mobile phones- but there’s one thing with which I am impressed: your emphasis, right from your teenage years, on happiness.

I am not being facetious. Yale’s Coursera course on ‘The Science of Well-Being’ has more than three million students enrolled in it.

When I was a law student, I also wanted to be happy, but did not think much about what it meant to be happy.

I think my Dean would have been perplexed if I had gone to him and talked about happiness. He would have told me to focus on my studies and leave happiness for later.

He belonged to a different generation. People thought being unhappy at work was a necessary concomitant; something that would work itself out, and was even a mark of being on the right path. Too much attention to happiness would in fact detract from work.

I disagree. I think any reasonably competitive law school has the tendency to make its inhabitants unhappy, and this seriously detracts from enjoying legal studies and adopting a healthy attitude towards work. For the most part, law school frustration is due to peer pressure. 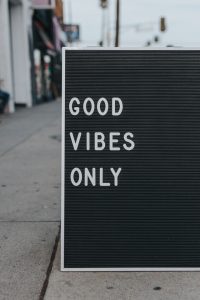 You come to law school from various backgrounds and right from the first month, some of you will feel self conscious about your accent, clothes, communication skills, personality, and analytical abilities.

You are in your late teens when you enter law school. What other people think of you, especially people who belittle you, matters a great deal to you.

Of course it shouldn’t but this realisation does not hit until well after law school is over. Why do you want to wait that long? Just avoid them now.

For reasons that I cannot fathom, moot courts have become a kind of Hunger Games in law, with students being used as cannon fodder in competitions that are designed to increase stress levels.

I agree that moot courts are great at simulating pressure situations and bring some prestige to law schools but if you want to do something else, do it. Don’t do moot courts for the sake of doing them.

There are plenty of other extracurricular activities in law-essay writing, legal aid, mediation and counselling. Explore your interests in law.

If you can write a 2000-word paper with accuracy, clarity and precision, that’s even better than winning a moot court in my opinion.  And please don’t ignore your regular law classes for the sake of moot courts, even if you think moot courts are way cooler.

My last advice is based on what Barack Obama has written in his latest memoir. He followed two precepts when he started out as President: he focussed on what worked (not what’s ideal) and he listened respectfully to other people.

Work on what is achievable. Your goals every semester in law school must be realistic. If you want a higher grade average, set incremental goals.

You probably won’t become a class topper in six months. If you want to publish, try to complete a case note first rather than go for the 12,000-word article that would rival Cass Sunstein.

Above all, listen to other people. Listen to your teachers, law practitioners, neighbours, other professionals and your peers (the non toxic ones).

Quite frankly, in the age of social media, we have forgotten to listen carefully to others. Go to a law conference or a special lecture and sit and watch the proceedings.

You will always come away with something you had not thought of before. No one’s going to ever hassle you for listening to other people. If the President of the United States benefitted from listening to others, so can you.