In the recent past, several people have reached out to me with suggestions for readings that law students would enjoy.

I am thankful to everyone who has taken the trouble to connect me to readings that I would have normally not known about. 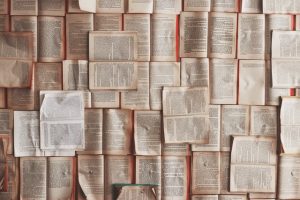 I am going to share three of these readings with you today. Each is different from the other and there is really no common thread other than the fact that all three are interesting in their own right.

The first is a beautiful little essay by Abraham Flexner titled ‘The usefulness of useless knowledge. It makes the case that allowing scholars and students to pursue useless intellectual inquiries not only encourages academic freedom but also leads to major advances in science and technology.

There is another deeper lesson to be learned from this piece: let’s avoid a transactional view of education that measures the value of education in terms only of a return on investment. Unfortunately, this view is pervasive among several students and parents.

There is nothing improper in looking at education as a gateway to a career but to think of the professional degree of law in terms of the amount of money it will earn you at the end of five years is to demean the intellectual and humanistic core at the heart of the law.

On your first day at law school, I asked you to enjoy reading the law. Don’t think of your texts and cases as a necessary evil to be navigated in the pursuit of a pre-placement offer from a law firm.

Think instead, like the professor mentioned in the Flexner essay who landed up at Princeton and wanted to stay on for some time. I shall stay,” he said, “until next October”. “You will find it hot in midsummer,” he was told. “I shall be too busy and too happy to notice it,” he replied.

The second essay is a lecture bursting with literary references by Justice (retd) Yatindra Singh, who retired as the Chief Justice of the Chhattisgarh High Court.

He writes about the courage of Atticus Finch, the lawyer from ‘To Kill a Mocking Bird’, and the legendary courtroom skills of Samuel Leibowitz.

I always regret the relative paucity of interesting extra-judicial writing by Indian judges. Justice Yatindra Singh is an exception to the rule, and it is well worth your time to check out his essays.

I think you will find Justice Singh’s lecture interesting because of the various cases he discusses but for me, it is also fascinating for the way he connects the discussion to his own life.

Justice Singh defended Sikh soldiers after ‘Operation Bluestar’ and, much like Atticus Finch, faced flak for defending people who the society had already condemned.

He writes “No advocate was willing to accept their briefs. I remember the criticism and contempt that I faced from all sides for taking up their defense briefs.

Only my father supported me. He knew prejudices well: he was a MISA detinue during an emergency.” Rarely do I find judges discussing their life candidly in this fashion.

The third text is a case on Sati dating back to 1928 (King-Emperor v Vidyasagar Pandey). I want you to read this case because it gives you an idea of the uses and the limitations of the law in regulating social conduct.

A Hindu mob forced a young woman to commit Sati despite the presence of several policemen who tried in vain to prevent the Sati.

The facts make for sober reading. This was 1928 and yet, when you read this case, you are gripped by familiar tidings; that in many cases relating to women’s safety and welfare, the law is helpless in the face of society’s intransigence.

The judgment ends with the following line: ‘This is our judgment, first that such evildoers may be punished, secondly that an innocent girl, maybe avenged so far as we can avenge her and, thirdly, so that those who will not learn by reason may be taught by fear.”

My dear law students, please read this case to understand a certain jurisprudential point with which you may or may not agree.

The judge says the point of state-imposed punishment is that those who will not learn by reason can be taught a lesson through fear.

I wonder about that. Has the law in India achieved anything substantial in the years since 1928 through a focus on deterrence?

The points made in 1928 are not merely of historical interest. The legal debates of the past are relevant today. Your generation has to continue these debates, even if you can’t find all the answers.