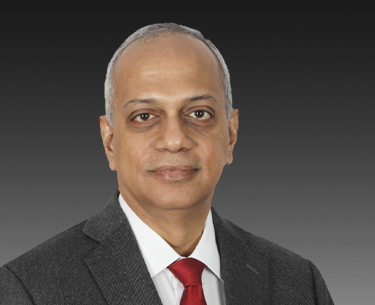 Anand Sudarshan is Founder & Director, Sylvant Advisors Private Limited, which provides strategic  advisory services in the education sector to Indian & global institutions, large enterprises, and investors.  Additionally, Sylvant incubates, invests in, and advises start-up & early stage companies. He is currently  an independent non-executive director of NIIT Limited, the pioneer in education & training. He also  serves on a number of other private company boards, as well as government committees on policy  advisory in education.

Till June 2012, he was Vice-Chairman & Managing Director of Manipal Global Education (MaGE), with  whom he had a distinguished career from May 2006. A pioneering global education entity headquartered out of Bangalore, MaGE is the largest higher education & related services entity out of India. Anand led the team that built MaGE through expanding its global footprint to 6 campuses, in  addition to propelling it as the definitive leader in technology-driven higher education out of India.  Notable among the several milestones & achievements MaGE had during Anand’s tenure, are new  campuses in Malaysia, Dubai, Antigua and India; an award-winning technology learning platform, EduNxt; a pioneering banking academy, among the largest of its kind in the world; and expansion of  MaGE’s multi-country footprint through organic & inorganic strategies. Post moving out of a full-time  position, Anand served as an independent non-executive director of MaGE from July 2012 till September  2013.

Anand Sudarshan has been a recognised leader in the education sector since the last 9+ years. He is an  active member of FICCI’s (Federation of Indian Chambers of Commerce and Industry) national  committees on Higher Education & School Education, and is the Chair of its national committee on Start up’s & Innovation. He is a trustee of Head Held High Foundation, which is doing seminal work in  transforming rural poverty through empowering youth with low or no education through a dynamic  combination of focus on training such youth, and creation of jobs through accelerating the rural  economy.

Prior to his stint at MaGE, Anand was an entrepreneur & a senior executive at companies in the  Information Technology industry, co-founding the Microland Group, and later driving Adea Solutions  International.

Anand holds a Bachelor of Engineering (BE) degree in Electronics and Communications Engineering from  the National Institute of Technology, Trichy, India, and a PGDM (MBA) from the Indian Institute of  Management Calcutta, India. Anand, his wife Padmashri & their son Dhruva live in Bangalore, India.