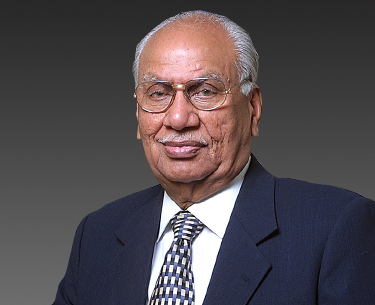 The founder and patriarch of the Hero Group, Brijmohan Lall Munjal was a classic first generation entrepreneur and a renowned figure in the automotive industry. He was a man who started small, dreamt big and through sheer grit and perseverance created one of the country’s largest corporate groups and the world’s leading two wheeler company. He was the former president of The Confederation of Indian Industry (CII), The Society of Indian Automobile Manufacturers (SIAM) and a former Board member of the Reserve Bank of India.

In recognition of his contribution to industry, he has been conferred with several accolades:

BMU has been named after Brijmohan Lall Munjal, under whose leadership, the Hero Group companies have grown from strength to strength. Hero’s management style has been acclaimed internationally by organizations as diverse as the World Bank and BBC. Today, Hero Cycles and Hero MotoCorp (formerly Hero Honda) are the world’s largest manufacturers of bicycles and two wheelers respectively.