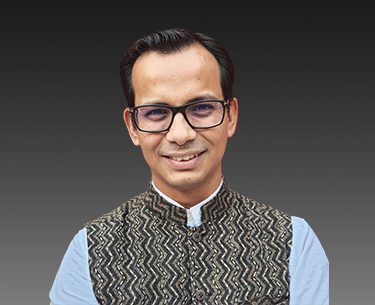 Dr. Pritam Baruah is Professor and Dean of the School of Law. He researches and teaches in the areas of legal philosophy, constitutional law, constitutional theory, and philosophical foundations of tort law. His research specifically focuses on how moral values are applied in constitutional reasoning and the theory and practice of democracy. Previously he was Professor of law at Jindal Global Law School, and has also taught at the National University of Juridical Sciences, Kolkata and held visiting professorships at the University of Ottawa, CUPL (Beijing), Humboldt University, and NLSIU (Bangalore). He has an integrated undergraduate degree in law and social sciences from NALSAR University of Law, a masters in law from the University of Oxford, and a PhD in the Philosophy of Law from University College London. He was awarded the Felix Scholarship for the BCL programme at Oxford, and the Commonwealth Scholarship for his PhD.

Dr. Baruah has been involved in several international and national research projects including the Human Dignity in Asia Project, Legal Cultures in India and Europe (DAAD-funded project); Indo-European Advanced Research Network projects on Democracy and Diversity, and Transformative Constitutionalism; Justice MM Poonchi Commission on Center-State Relations, and the Central Vigilance Commission on the Public Distribution System constituted by the Supreme Court of India. His work in legal theory and constitutional theory has been published as book chapters in national and international journals. Dr. Baruah has initiated several forums for discussion of high quality research. At University College London, he was a founding co-convener of the UCL Legal Philosophy Forum, and while at Jindal Global Law School he founded and convened the Delhi Law and Philosophy Forum. Both forums have attracted participation by academics from across the world. His pieces have also appeared in national dailies and news portals such as the India Express, The Wire, The Assam Tribune, and Article 14.

In his spare time he enjoys being out in nature, reading popular science, playing sports, playing the tabla, and spending quality time with his dogs.