The sudden demand for Artificial Intelligence has led to the need for more and more engineers, researchers, and programmers to work in the field. It is difficult to imagine life without the influence or contribution of AI. From job searches to spam mail detection, from ride sharing to social media connections, Artificial Intelligence is everywhere and helping our lives get better and easier.

Yet, it is pointless to say that without the tireless work and research in this field by the experts, it would not have been possible to have our “smart”-phones, eCommerce. The banking and financial sector is another huge platform where the role of AI is indispensable. 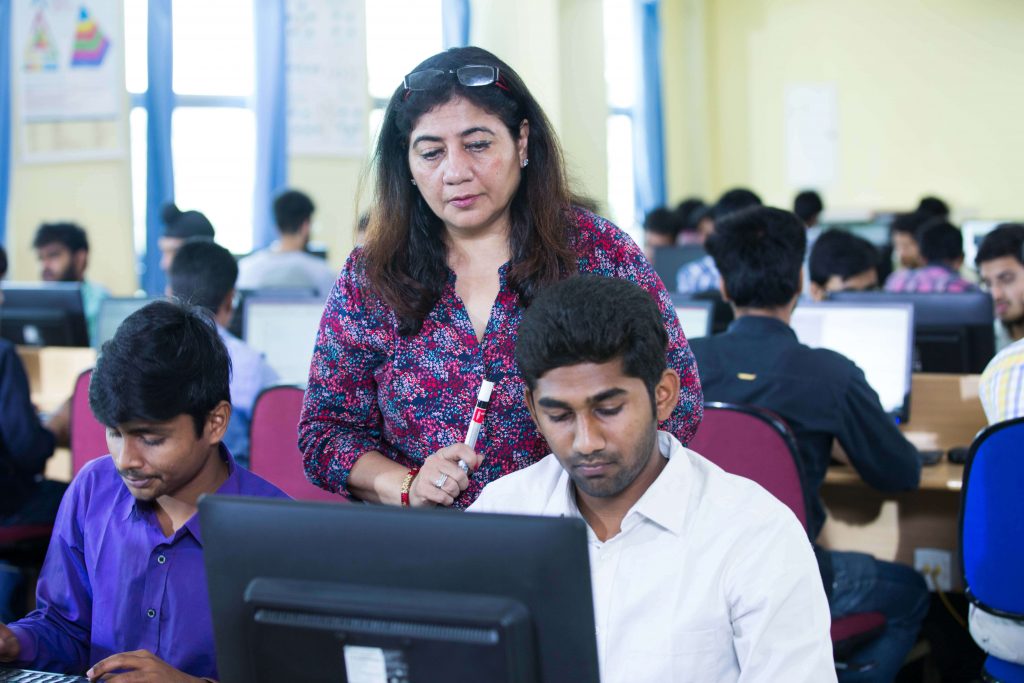 At BML Munjal University, we never stepped back from keeping ourselves in sync with the changing paradigms of science, technology, economy, and the business world. Our courses are designed and customized with the aid of experts from the industry. Our approach to building a curriculum is exclusive “outside-in,” which means we have integrated basic academic concepts with the industry’s real needs and changing landscape of science, technology, and management. The Imperial College of London offers mentorship in faculty training, course design, student exchange programs, and research projects.

Our School of Science and Technology is no exception to this. The B.Tech in Electronics and Communications Engineering course offers the very latest technical subjects. Machine Learning and Artificial Intelligence are definitely among them. Through this course, we aim to prepare the engineers of today and tomorrow who specialize in this field, learn about Artificial Intelligence, deep learning, machine learning, programming and are then pulled into the skyrocketing demand in the industry.

AI and Programming are the masters that work behind the curtains to establish this make-believe world of wonders. So how do they do it? Artificial Intelligence is a vast field with applications in almost every industry; to use AI in the applications, engineers working in the field need to feed instructions to the systems to become “intelligent” and behave in a certain way. These instructions are fed through programming languages, and we will see the top ones used for AI.

Python is, as of now, the language that is used mostly when it comes to AI. It is also among the best languages and a fairly easy one to program. “Python is the most powerful language you can still read” – Pau Dubois. 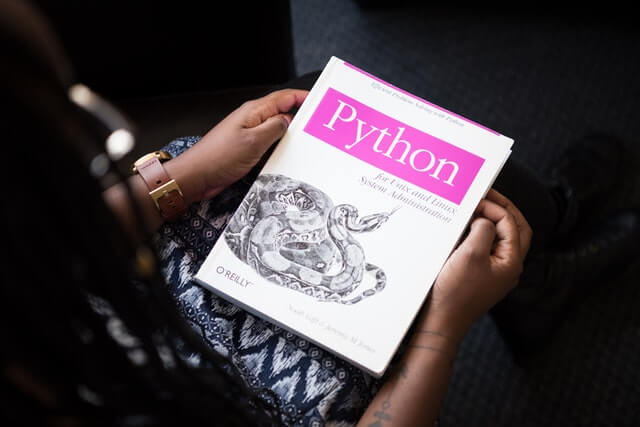 After the first design of Python was released, a poll was conducted in 1991. According to that poll, 57% of programmers are more likely to choose Python over any other programming language such as C++, while building AI systems. The program is easy to learn and picked by engineers and data scientists due to its freedom. It also has more comprehensive standard libraries than other languages, which makes it faster to develop.

Numpy is one such library used for solving scientific computation. SimpleAI, EasyAI, AIMA, pyDatalog are some other libraries available in Python for developing AI systems.

Some of the other libraries used extensively in Python for Machine Learning are TensorFlow, SparkMLLib, PyBrain, Scikit-learn. Likewise, for Deep Learning, there is MXNet, PyTorch for Natural Language Processing.

Guido Van Rossum, who released the 1991 version of Python, said, “Python is an experiment in how much freedom programmers need. Too much freedom and nobody can read another’s code; too little and expressiveness is endangered.”

Python Software Foundation is a not-for-profit organization that directs and controls Python and CPython development resources. CPython is a free and open-source model implementation.

Let us look at some of the reasons why this language is considered a good choice for AI:

R is the most widely used standard language for numerical, statistical data analysis. It is a favourite language for data miners and statisticians.

According to the TIOBE (The Importance of Being Earnest) index, R stands at 9th to measure popularity among programming languages. Google and Uber use R for their big data analysis.

Ross Ihaka and Robert Gentleman created and released R in 1995, two years after Python was first released. The R Development core team maintains R, which is a reimplementation of the S language. R is a free and open-source software used for statistical analysis.

R has several programming packages for Artificial Intelligence, such as Tm for text mining, Gmodels for model fitting, OneR for algorithms useful in machine learning, and RODBC.

Here are some of the explanations of why R is considered a frequent choice for AI:

R too is one of the top-most languages studied and used by AI professionals and Machine Learning experts. Needless to say, it is among the more popular ones too.

The name LISP, which derives from List Processor, is among the first programming languages, second to Fortran. LISP was created by John McCarthy, one of the founding members of Artificial Intelligence, in 1958 at the Massachusetts Institute of Technology (MIT).

Since its inception, LISP was used as the primary language for Artificial Intelligence because it was designed for mathematical computation.

SHRDLU was a natural language understanding computer program designed in 1968. It was a famous AI system of that time that worked on the programming language named Micro Planner. The LISP was built as a reimplementation of Micro Planner.

Here are some notable features of LISP which make it a great option of choice for Artificial Intelligence using Machine Learning:

Having said that, over time, many other newer languages have tried to incorporate the features of LISP into themselves. However, LISP remains a natural choice because its inception was to tackle Artificial Intelligence problems by McCarthy.

Julia is among the latest dynamic programming languages which can be used for many applications. Still, its features support data analysis and numerical sciences, therefore used widely in AI.

Stefan K, Jeff Bezanson, Viral B. Shah, and Alan Edelman started designing Julia in 2009 and released it for users in 2012.

Exactly how the designers had intended, Julia became extremely popular because it is high performing and dynamic.

Investment management corporations to Insurance companies to the Federal Reserve Bank of New York, Julia, have been used by some of these high-profile clients for time-series analytics, risk calculations, and “make models of the United States Economy” respectively. Julia is also claimed to be ten times faster than its predecessor MATLAB.

Here are some reasons why Julia is proving to be better and sometimes at par with Python:

Like LISP, PROLOG is one of the first languages that came into being for developing Artificial Intelligence, especially in computer linguistics like natural language processing (NLP). PROLOG, which means logic programming, was first created by Alain Colmerauer in 1972. ELIZA, which was among the first chatbots capable of attempting the Turing test, was created with PROLOG. Given that PROLOG had come long back, here’s why it is still used for AI:

Although several advanced languages have come into existence after PROLOG, it remains a favorite with many Machine Learning practitioners.

Apart from the above languages mentioned, there are many other programming languages used in building AI systems. Some of the other popular ones are Java, Javascript, Haskell, C++, AIML, Rust, Scala, etc. Each of these languages has features that make AI engineers choose one above the other for specific purposes. With further AI advancements, more languages will evolve that will be better suited to tackle ML problems and less complex. The current generation of engineers will certainly go forward and be the pioneers who will lead this change.