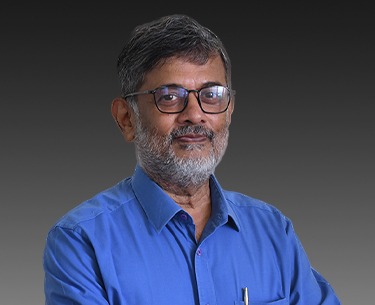 Prof. Shyam Menon is a distinguished practitioner of institutional development and renewal at higher education. He was Professor at the University of Delhi in its Central Institute of Education for most of his academic career. He was the Vice Chancellor of the Dr BR Ambedkar University Delhi (AUD) during 2008-2018, in which capacity he led a team of scholars and professionals in building from its very inception this public university dedicated to the Social Sciences and Humanities. Under his leadership, AUD had earned distinction for its transdisciplinary and interdisciplinary programmes, both academic and professional. He had been Dean, Faculty of Education and the Proctor of the University of Delhi and earlier Director, School of Education, Indira Gandhi National Open University and Professor at the Central Institute of Educational Technology, NCERT.

He began his teaching career in 1982 at the M.S. University of Baroda where he taught for several years. His education was at the University of Kerala and at the M.S. University of Baroda. He was later at the University of Wisconsin, Madison as a Fulbright Post-Doctoral Fellow. His work has mainly been in Curriculum Studies, Higher Education and Teacher Education. He edited the journal, Perspectives in Education, for many years. He has been on the advisory board of several reputed international journals including Comparative Education and Asia Pacific Journal of Education. He had served on the Task Force on Access and Equity in Higher Education constituted by the International Association of Universities, UNESCO. He has been on the boards and academic councils of several institutions and universities. He is at present the Chairman of the Commission for Reforms in Higher Education constituted by the Government of Kerala.