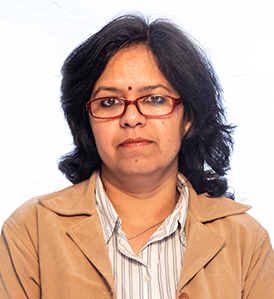 Suchitra Rajput Chauhan was born in Delhi, India. She received the B.Sc. degree in physics (Hons.) from Delhi University, New Delhi, India, in 1999. She received the M.Sc. degree in physics and M.Tech. degree in solid state materials from the Indian Institute of Technology Delhi (IITD), India, in 2001 and 2002, respectively, and the Ph.D. degree in topic Synthesis and characterization of bulk and tapes of MgB2 superconductor from Thin Film Laboratory, IIT Delhi, in 2008. She worked in Turkey on superconducting wires for her Postdoctoral studies.
She visited many countries including USA, France, U.K. and Turkey, etc., and interacted and worked at many places. She has published several papers in the field of superconductivity, phase transitions, and nanoparticles. She also conducted Science and Engineering Research Board (SERB) supported national conferences besides giving invited talks. She has published more than 25 research articles in journal and conferences. She is also editor of two research conference proceedings.