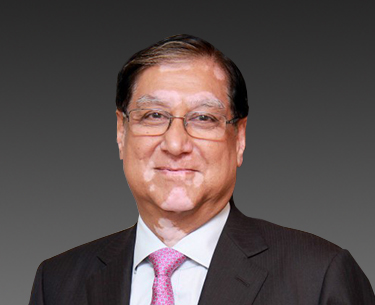 Mr. Suman Kant Munjal is the Chairman of leading auto Components Company Rockman Industries Ltd. Rockman, a part of renowned Hero Group, is a manufacturer of automotive Aluminum Die Casting components and automotive chains having its plants in 5 places. Mr. Munjal, a graduate in Commerce from Punjab University, has been instrumental in transforming Rockman Industries Ltd. into a leading player in the die casting industry. Mr. Munjal started his career in Rockman Cycle Industries Limited in 1975, taking over the reigns as the CEO of the Company in 1983. Under his guidance and leadership, Rockman Industries became the World’s largest manufacturer of bicycle chains and hubs. Mr. Munjal established the Auto Components Division for Rockman in 1995 by manufacturing motorcycle chains and further diversified into the aluminium die-casted auto components space in the year 2000. Under his leadership, the business has grown by leaps and bounds.

Mr. Munjal is an exceptional human being, known to lead his Rockman employees as a family. He is involved in a number of philanthropic and cultural activities and actively contributes to many social causes.