The Future of Electric Vehicles in India

Environmental pollution has reached almost the threshold level in India. As per the Climate Risk Index 2020, India ranks in the top 5, which means India is vulnerable to climatic change. So, there seem no other options than to adopt e-mobility.

However, as per a Castrol report, the new car owners wouldn’t be buying EVs until 2030 because of several factors.

But what are these electric cars or EVs?

Electric Cars are one of the most recent vehicles run by electricity instead of the typical fuels like petrol, diesel, or CNG.

The electric cars’ batteries can be charged for reuse. There are three types of Electric Vehicles available in India as of now. They are-

The History of EVs-

The history of the origin of Electric Vehicles (EVs) dates back to the mid-19th century.  In 1828, Ányos Jedlik discovered a specific type of electric motor.

He created a small model car that could run on his new motor. Between 1832 and 1839, a Scottish discoverer Robert Anderson discovered a crude carriage run by electricity.

In 1835, Professor of Groningen, the Netherlands, SibrandusStratingh, and his assistant Christopher Becker from Germany created a small-scale electric car run by non-rechargeable primary cells.

Although the origin dates back to the 19th century, the vehicular land speed came around 1900.

Initially, the electric battery-run cars’ speed was too less compared to the internal combustion engine vehicles. As a result, people would pay no mind to take an interest in EVs.

But the scenario changed around the 21st century. People started worrying about the hydro-carbon fueled cars that create pollution, bad gas emission, and other disasters to the environment.

Since 2010, EVs started becoming popular apart from public transports. The most surprising fact is that by 2016 September, almost 1 Million electric vehicles were delivered globally.

This was the turning point of the global acceptance of electric vehicles. The speed to acceptance was so good that by 2019, almost 4.8 million cars were sold, and by 2020, it reached 10 million units. 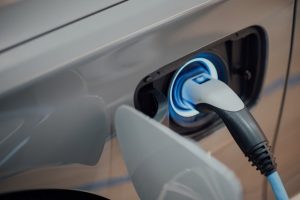 As the cost of batteries got down by 73% since 2010, electric cars started to gear up their growth speed. The coming decade is considered as the decade of electric vehicles.

As electric vehicle manufacturing is becoming popular every day, its market share is also expected to rise greatly. India’s GDP is expected to grow by an amazing 25% by 2022.

The best part is that, apart from reducing environmental pollution, EVs can lower oil import by about $60 Billion by 2030. Currently, 82% of the oil demand in India is fulfilled by import. So, it’s evident how much beneficial the Indian economy will be if this import cost is reduced.

Surprisingly, the fuel price of EVs can be as low as only 1.1Rs/ km. As a result, the overall cost of about Rs 20,000 is reduced while traveling every 5000 km by an EV. Also, it will reduce vehicular emission, which otherwise creates a 3% GDP loss every year.

When we talk about e-mobility, EVs are the only options. From 1st April 2020 till 31st January 2021, India’s fuel price has increased almost 75 times.

With ever-increasing petrol price (almost 95Rs/liter in Delhi as of June 2021), many states in India have already dived into EVs’ usage. Delhi and Kolkata are the two forerunners in this aspect. They promoted e-rickshaws that are much environment-friendly and economical.

One amazing fact is, in Delhi, almost 1 Lakh e-rickshaws are operating, and Kolkata is not too far from this rally. This development is encouraging private car owners to switch to EVs.

According to a Niti Aayog report, India wants a minimum of 10 GWh of cells by 2022.

Recently, a campaign was run in Delhi, known as the Switch Delhi Campaign, in which people signed to promote electric vehicles. It was an 8-weeks campaign that promoted the benefits of using EVs in industrial, personal, and public uses.

With the growth of private cars, small transports and other modes for good transports, and trucks were the only solutions. However, some Last-mile delivery companies have taken the responsibilities by themselves to use EVs for transporting deliverables and reducing the carbon footprint from this earth. 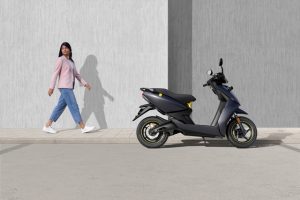 As the EV market is growing exponentially in India, car and bike manufacturers are gradually inclined to manufacture more electric-run vehicles.

Though a popular name in the Indian automotive industry for manufacturing vehicles for personal use, public transports, and other purposes, Tata Motors is comparatively new to the EVs segments.

Tigor EV, Nano EV, and the Tiago electric variant are some of Tata motors’ popular EVs. However, Tata has focused mainly on Passenger Vehicles and electric busses. The demand for this segment of vehicles is expected to reach 4 Lakhs soon.

Hyundai, with the launch of its Kona EV in India, has overwhelmed the EV market. The EVs by Hyundai is supposed to run 452 km in one charge. It answers the query of all vehicle enthusiasts in India, asking the question, “what’s the mileage given.” However, the model is about to hit the market in 2-3 years.

Ashok Leyland has developed busses and trucks based on Indian road requirements. They have introduced battery swapping for India and operating vehicles like the Circuit, HYBUS, Electric Euro 6 Truck, and announced the iBUS.

“TESLA” – The new HYPE or REALITY

In this year, 2021, the American company Tesla is launching Tesla cars in India, as per Nitin Gadkari, The Minister of Road Transport and Highways, Government of India.

The Government of India targeted to install renewable energy capacity of 175 GW by the end of 2022. This includes 10 GW from bio-energy, 100 GW from solar power, 5 GW from hydropower, and 60 GW from the wind.

At the United Nations Climate Action Summit, Prime Minister of India Narendra Modi announced snowballing the renewable energy target to 450 GW by 2030 from 175 GW by 2022.

With these highlights in mind, it is understandable that the Government is accelerating electric vehicles’ promotion, which will consume less non-renewable sources of energy, rather than focus on battery charging and emission-free transport.

So, in this scenario, the promotion of TESLA cars in India is a good option for the American company owned by Elon Musk.

However, the subsidy provided to the Indian companies is much higher that can result in the manufacturing cost of the parts of the local companies cheaper than the TESLA one.

Advantages of Using an EV

The main factor that makes EVs the winner in the automotive industry is their environment-friendliness. However, several other factors are too important to ignore.

The air pollution in urban Indian cities can be reduced to a great extent with Electric cars. These cars use batteries that do not do emissions like the internal combustion engines. Even due to having less or no sound, these vehicles help in reducing noise pollution as well.

It is estimated that almost 75-80% of fuel expenses are reduced by using EVs. Compared to the other conventional cars, EVs have 75% fewer movable parts that also create a much lesser maintenance bill.

As India’s Government is inclining towards higher usage of EVs, different incentives and tax relaxations are offered to encourage more buyers.

In 2019-20 alone, India imported crude oil worth 120 billion dollars. This BoP (Balance of Payment) can be reduced to a great extent by using EVs.

EVs are a bit more costly since it has lower maintenance costs; as the parts are small and not ample in number in the Indian landscape, the repairing cost increases.

The scenario in which EVs are expected to operate is still in an ideal condition. There is no ample battery charging center or car repair center, and even manufacturing centers in India. With proper infrastructure built gradually, more vehicle owners are expected to incline towards buying EVs.

As EVs have not become too popular in India, the post-sales service is also a bit poor compared to conventional petrol and diesel cars.

As the road condition in India is poor, hence the longevity of the cars becomes less. Also, the drivers need to be trained and well-aware while driving these cars.

What can be done for the Future Flourishment of EVs?

India’s EV market will grow at a Compound Annual Growth Rate (CAGR) of 22.1 percent shortly. The main reason behind this is the Government’s constant support and innovations to eliminate the issues that may otherwise be holding the EV industry from growth.

Evolving from one technology to another is always a challenge. For decades, the people of India are habituated to conventional cars. So, suddenly the shift to EVs will be a bit difficult for them.

However, with proper campaigns and financial benefits, electric vehicles will soon be a common affair in the car industry. Currently, 1% of the total car sales in India are EVs.

So, with time, we can expect the number to be growing to a great extent. By any chance, the Government of India plans to make 100% EVs on the road by 2030.

“Subsidizing manufacturing for every aspect of an electric drivetrain will certainly improve the odds. Better researched go-to-market strategies by companies will ensure that they can manage their rollouts in an amplified manner,” explained Akhil Aryan, CEO, and co-founder of ION Energy.

CSE vs ECE – Which Engineering Stream is for You Does Class 12 Marks Matter in Placement?
the future of electric in India
Enquire Now
Recommended Posts
Categories
Related Articles