Like me, you must already be exposed to whataboutery on Twitter and WhatsApp threads. I will try my best to inoculate you against this disease that strikes at those parts of your brains that are to do with decency and common sense.

Whataboutery comes in various forms but in India it typically invades people’s reasoning powers whenever something bad happens in any part of the country. 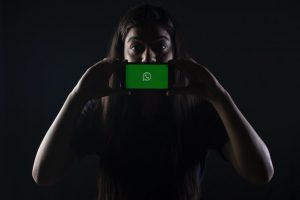 ‘The riots in place X were bad, but what about the attacks on Y community in year XXXX?’ ‘The X incident was shameful, but what about a similar incident in Y?’ ‘The X policy is horrendous? So was the implementation of Y directives in XXXX.’ You get my drift.

Here is the inoculation. A wrong is wrong. It is not justified by another wrong. Two wrongs do not make a right. Please utter this three times a day when you wake up and when you go to sleep and no WhatsApp Uncle can trouble you from now on.

Whataboutery is popular because it aims to expose the hypocrisy of the person calling out a wrong. ‘You are saying X is wrong but you never raised your voice when another X like wrong was committed’.

This actually sounds like a valid argument but it isn’t. The issue is not whether the person calling out a wrong is a hypocrite or not-he may or may not be one, but what matters is that a wrong has been committed.

To focus on the person calling out the wrong is to undermine the seriousness of the wrong, and as a consequence, take attention away from what is required in response to the wrong.

At any point of of time, our world witnesses an infinite number of wrongs (and good things as well).

What whataboutery does is compromise our ability to make right a wrong by implicating other wrongs at the same time.

Calling out hypocrisies is important in itself to bring attention to structural inequalities in our society (domestic violence in urban areas gets a disproportionate amount of attention in our press compared to the rural areas, where the problem is more acute and invisible), but whataboutery frequently exceeds its mandate and diminishes the wrongs it attacks (domestic violence in urban areas should not be paid so much attention as there is more unaddressed violence in rural areas).

When WhatsApp uncles indulge in whataboutery, it is annoying. But when politicians do it, it is unacceptable.

Here’s the interesting bit. There is a context in which whataboutery actually works.  The context is coercive action (usually by someone who has authority over you-for example, the government or your employer).

If one is subject to coercive action, one is entitled to indulge in whataboutery of a certain kind. One has the right to say to the coercive authority that under your system of mandatory rules (traffic laws, taxation, contracting rules, property registration), you must act in a consistent manner.

If you apply a certain rule to me, the same rules must be applied to others in similar situations. This form of whataboutery, applicable only to coercion, is in fact a constitutional mandate under Article 14.

Article 14 guarantees that everyone is entitled to equal protection under the law-if an authority coercively does X to someone, that someone is entitled to say to the authority – but you did Y in similar circumstances to someone else, and therefore you can’t do X to me. This is it. This is the only situation in which whataboutery works.

In every other situation, it is a means of evasion.