GMAT vs CAT – Only 10% MBA Aspirants Know This

The two exams whose scores are accepted by all the top B-schools, including the crème IIMs are none other than the Common Aptitude Test (SAT) and Graduate Management Aptitude Test (GMAT). The most prominent factor, which differentiates the two, is somewhat predictable. As your sitting up for CAT opens up the doors of all B-schools within India, whereas GMAT scores make the candidate eligible for entering B-schools all over the world. 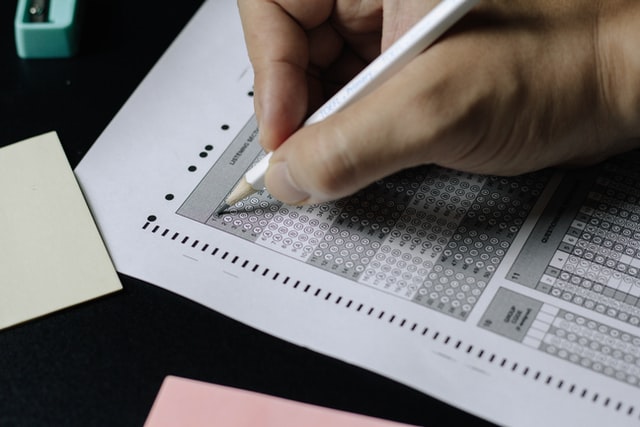 At this age, most MBA aspirants find themselves stuck in a dilemma about choosing the best MBA entrance exam. Although the choosing part is severely daunting, it will ensure the form and the shape of your career after a couple of years. As you know CAT is conducted by the IMMs every year, and currently, it enables admission across 1500 B-schools situated in India, a study says.

The same source states that GMAT scores apply to over 2100 institutes worldwide. While few CAT scores accepting B-schools consider GMAT scores, the same cannot be said about international institutes which exclusively detect GMAT performance only. While all the IMMS take turns to be the organizing body for CAT each year, the Graduate Management Admission Council conducts the GMAT every year.

Difference Between CAT and GMAT

Although the choice is going to be pretty much tough, checking out these contrasting factors between the two exams may help you calm down a little and select whatever seems apt for you. In some cases, scoring excellently in both CAT and GMAT opens up numerous opportunities in India also. As IIMs accept both CAT and GMAT scores, then you should sit for both the exams in case one lands you up in an IIM.

As you might know, CAT is only conducted once a year, and to be precise, during the latter part of the year. Till 2009, the test used to be conducted on paper and paper mode, but owing to the development of technology the exam now can be attempted only in the online mode. This year, the test was on the 25th of November. That is, you can only attempt CAT once a year, and then if not satisfied with then your results can increase your attempts in the following years to come.

As for the GMAT, you can sit for this exam five times in a row each year. Considered to be practically tough, the board allows the applicants up to 5 attempts in a particular year. This exam mush flexibility to the aspirants who can choose their dates. The council also allows rescheduling the exam dates a week before the exam day. But you have to bear a fee of $5 to choose for a new exam date. However, this kind of flexibility cannot be expected from CAT as the board will conduct the test only once, and failing to appear for it will cause your loss. So if you are unable to appear for it, you would have to wait for another year.

Although both CAT and GMAT are MCQ-based exams consisting of the same topics, there is a subtle difference. The quantitative section although uncannily similar, CAT encourages the use of an on-screen calculator while GMAT does not. This can seem to be a huge difference to some who rely on calculators not only for complicated but simple calculations as well. The subjects included in the Maths section are geometric, algebra, and arithmetic, they are a few notches up of what you have studied during your school days.

In simpler words, the formulas of each topic would be the same, but the way of implementation to solve them would be different. In the verbal sections, there are striking differences that you can see without much effort. While CAT focuses on checking your reading skill it tends to load the verbal sections with reading comprehensions. As for GMAT, upon looking at the previous year’s syllabus, you would notice that they usually focus on checking your grammatical skills, thereby giving you hard grammatical problems to solve.

Since your GMAT scores would be required to bag you a course abroad, excellent English communication skills are mandatory. After discussing the two sections, the one remains the analytical sections which go by DI/LR in CAT and IR in GMAT. While CAT and GMAT both ask candidates to solve charts and graphs, the ones which come in GMAT are relatively complicated. Another thing which CAT emphasizes more is perhaps the logical section. In simpler words, CAT’s forte is to sense the potency of candidates into solving logical problems, whereas the same cannot be said about GMAT.

Although in GMAT, there lays a probability to come across logical patterns in the quant and verbal section, there isn’t any section that is centralized around logical. The only similarity is the quantitative problems of both entrances are relatively simple and demands the stability of the human mind while solving them.

The criterion has been set comparatively medium graded to encourage students from appearing in the examinations. For CAT, one has to acquire a minimum of 55% in the bachelor’s degree from a recognized university. However, final year students waiting for their results also have got the chance to apply.

In GMAT, there is no marks criterion set to induce flexibility. However, the candidate should graduate from a recognized university. In this exam also, students whose results are awaited can apply. To pursue your MBA from a crème institute maintaining an excellent academic record is highly resourceful.

You would come across striking differences between CAT and GMAT in this segment. Except for a few institutions, which take into consideration the previous year’s scores of a candidate, CAT scores remain valid only for a year for the majority of institutions. Since GMAT owns a reputation for offering flexibility across various segments, it has not made an exception here as well.

GMAT scores remain valid for 5 years, and in case you opt for multiple attempts, the best scores would only be considered during the admission process of any institute. But for CAT, you can apply with the valid scores of your only attempt for a particular to get into a University.

Usually, CAT results take up to a month to come out, and the date is announced beforehand. On the other hand, after you finish your GMAT exams, your scores will pop out then and there. If official scores are what you are waiting for, then you have to wait for another 3-4 weeks. In CAT you can apply to selected institutes even before the results are declared.

If expense is an issue, then one should think about opting for CAT where the fees are not more than INR 1900. For scheduled tribes and physically disabled candidates, the fees have been lessened to about INR 950. Whereas for GMAT the fees are somewhat around $250, which is roughly 16000 INR, and quite pricey than CAT fees. Since GMAT would be opening doors for popular foreign universities, the fees can be somewhat justified.

If you are not eager to spend all the money and study in a renowned B-school in India, then preparing for CAT is good enough. However, if you have no issues spending money for a better career outside India, then you can sign up for Cat and GMAT.

The CAT exam will be conducted over 3 hours of duration, and in chronological order, that is candidates cannot choose a section they wish to answer first. The order is as follows: – Verbal reasoning, DI/LR, and quantitative aptitude. The exam will be held in online mode, and you will have only 1 hour to answer a section and even if you are done answering the section you are not allowed to go to the next or the previous section.

If you don’t wish to answer a few questions, you are free to skip them as well. +3 marks would be rewarded for a correct answer and -1 would be subtracted in case you click the wrong option. CAT questions are generated randomly and from a question bank, and thus if you are unsure about an answer, you should consider skipping it to avoid negative marking. As for GMAT, the exam approaches the method of adaptive computer format. Here the screen will present you only 1 question at a time. If you manage to answer it correctly, you would be required to solve a comparatively tougher question than the previous one.

However, upon failing to do so, the computer will arrange for an easier question for you to answer. The good thing is, there are no negative markings in GMAT, and you also cannot go back to change your answer even during the duration of the test. You can pick any section you want to answer first. And the level of your questions would entirely depend upon your efficiency. The duration of this exam is around 3 hours 7 minutes.

According to a report of 2013, the percentage of CAT aspirants was lesser compared to that of the GMAT. But now the percentages are somewhat balanced, thanks to the endless opportunities offered by CAT within India. After that, the numbers of aspirants of both the tests are rising equally with each passing year.

With the number of candidates increasing each year, aspirants have to hurdle their way into securing seats with some of the premium b-school not to forget the IIMs. As per sources, the first few IIMs were established in 1961, and till 1996 there were only 6 IIMs offering admissions to the top scorers of CAT. Owing to a recent initiative adopted by the government, now the country owns about 20 IIMs amongst which seven have been set up during the last couple of years.

Talking about GMAT, candidates may find themselves overflowing with options because the choices usually come from all around the world, and not just from India. And also one can land up in the IMMs after earning a pretty good GMAT score. So needless to say, if you want several options to unfold in front of you, then without any doubt, register for GMAT.

Which is better for whom?

According to the founder of a management consultancy, Sameer Kamat, ones with less than two years of professional experience would benefit from CAT. However if one owns the industry experience of 5years or more, then going for GMAT will broaden their career scopes. That is to say, the prominence of a GMAT holds much value only if you manage to experience an enriching industrial experience.

GMAT colleges are on the lookout whether candidates have hands-on experience and have acquired skills about the graduation course. Though, most of the students are Engineering graduates who are looking to go for higher studies. This puts them in the limelight as they have technical experience. Though, there isn’t any clarification that Universities prefer Engineering graduates more. Knowing how the corporate world functions are seen as a bigger achievement than maintaining excellent academics in GMAT.

GMAT vs CAT – Which one should you choose?

Remember your choice should be worth your time, money, and efforts. You would not want to end like someone who didn’t quite extract the basics of the course because it happened so very fast and they were very young to understand its importance. Yes, as surprising as it sounds, these things happen more often contrary to our realization.

As we all know that fees of b-schools are not on the economic side and most aspirants decide to take up an education loan to support their education. Finalize multiple college options and see which clearing exams will enable the colleges to open their doors for you.