Does Class 12 Marks Matter in Placement?

During document screening, most government and private firms ask for your high secondary and Graduation certificates. This lays the base for the most common confusion that does 12th marks matter in placements or not.

To answer this question, there are several discussions and situations. It is not always that the 12th marks are required for placements.

But on the other hand, there are also several situations where the marks gained in class 12th are considered very important during the placements.

Here are some of the discussions that clear confusion like “does class 12 marks matter in placement?” and “is class 12th marks important for jobs?”

Suppose you are pursuing your course from BMU. In that case, you will have the facility of attending campus placements.

Each year, many companies prefer to select the deserving candidates from such campus placements of the renowned institutes.

In these campus placements, the companies hiring candidates are categorized based on several factors such as the positions offered, the salary package, and the candidates’ eligibility criteria. 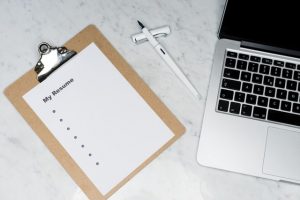 Now, some companies just check through the marks of the students in the present course. Again some other companies might even crosscheck the 10th and 12th marks of the candidates.

Potentially, experts mention two basic reasons why some companies prefer to check through the 12th marks during campus placement.

Some companies set criteria for selecting the candidates who have gained a targeted percentage in 12th and Graduation. Hence, they prefer to check the 12th marks also.

Most of the companies select candidates who have gained a minimum of 60% in their class 12th exam. Some highly recognized companies also increase their range and select students who have at least 70% marks in 12th.

● Checking the Credibility of the Candidate:

Some companies may first check through the semester exam marks of the candidate. Later on, if they wish then only, would they ask for the 12th marks.

These companies mainly do so to check how good a student the candidate is. There have been many situations where the candidate may not have great marks in the semester exams but may have achieved greatness in the yearly or final exams.

To check whether the candidate is consistently good in the term-end exams, these companies prefer to check the candidates’ 12 marks.

Some companies do not prefer to judge the candidate with their total marks gained in an exam. For example, suppose a company has come up to hire someone from computer science engineering.

In that case, they might see 12th marks to check the aggregate marks achieved in the mains subjects that are Physics, Chemistry, and Mathematics.

Most people have this notion that grades and marks are not much required for off-campus placements. But there are some of the companies and bodies that give importance to 12th and Graduation marks equally as in campus placements.

Quite obvious, most of the candidates have the aspiration to crack through the Government jobs due to its security.

While in some positions, it is just checked whether you have a particular degree or not, the marks gained in that degree also matter for some other positions.

Similarly, you have to have 60% marks in 12th and Graduation to be eligible for the job for some positions. Even if you have appeared for the entrance exam and have achieved the highest marks, you may not always be able to get a chance if you do not qualify in the academic eligibility section.

Though in most government jobs, authorities check through the marks of the candidate, there are also a few such positions where the candidates are selected based on the marks gained in the entrance exam and the interview sessions.

In some private sector companies where 12th and Graduation marks do matter, while for some others, it does not. Different companies follow different approaches to hire candidates for their companies. Hence, it depends on the company, whether the 12th marks matter in placements or not.

If you are appearing for private companies’ interviews, you might come across different companies organising different types of placement procedures.

For some, it is just the experience of the candidate that matters, while there are some other companies where academic marks also matter equally.

Today, many such private sector companies scrutinize the candidates very closely to hire the best ones. There are several situations and reasons due to which these companies check the 12th and Graduation marks of the candidates.

Hence, some private firms prefer to check the 12th marks and proceed with the placements based on the marks.

So, there is no such specific answer to the questions like “does class 12 marks matter in placement?” and “is class 12th marks important for jobs?” In some cases, they might do, while in others, they might not.

In most cases, when you have attained a good amount of experience in your career, they actually do not matter.

But this does not mean that 12th marks do not have importance in life. Also, whether it matters or not, but a high score in your 12th and exams surely look great on your resume.

The Future of Electric Vehicles in India GMAT vs. MAT – What is the Difference?
Does 12th Marks Matter in Placements?
Enquire Now
Recommended Posts
Categories
Related Articles